<- Previous Post | Main Post | Book Review | Next Post ->
The theory of the blind watchmaker rests on replication and cumulative selection. It works through generations to churn out better offsprings. Admitting this fact, one might still wonder what is it at the beginning? What is it before life began? In this chapter, we shall explore the answer to this question.

Is it one in 1040? Even if this odds is very small, it’s still measurable. There are other odds, say one in 1045 or one in 10450, which is less likely. The question here is how improbable would be equivalent to impossible? In particular, this is the question we’d like to answer:

“how much luck are we allowed to assume in a theory of the origin of life on Earth?”


The Birth of Life

Our first intuitive idea is to turn to the chemists. We can ask ‘How likely does a compound turn into a replicator molecule? If we consider all possible combinations of compound. It could be something like one in billion billions. How improbable this is? If you try to covert a compound every second, it will take one billion billion seconds or 31.7 billion years to get a single replicator molecule.

How Long is One Billion Years?

A chemist tends to thinks that a period of billions of years is way too long. No chemist would ever live to see  compound-to-replicator conversion. They would tend to say that this is impossible. No chemist known to our world would live to see the entire conversion process.
But, mathematically, the probability is non-zero. Even if the chance is very vey slim, it can happen if you wait long enough. And, 31.7 billion years are not very long comparing to the life of universe.

“The essential property of carbon atoms that makes them so suitable for life and for industrial synthetics, is that they join together to form a limitless repertoire of different kinds of very large molecules.”

Suggested books: Seven Clues to the Origin of Life: A Scientific Detective Story by A. G. Cairns-Smith

Can a Chemist Create a Lifeform?

So far, chemists have failed to recreate life. But, we should be more worried if they succeed doing it in a few centuries, rather than tens of millions of years. Why? Well, if humans can create humans, all sorts of problems will follow. How? I’ll let you figure it out.

What If Someone Can Create a Lifeform? 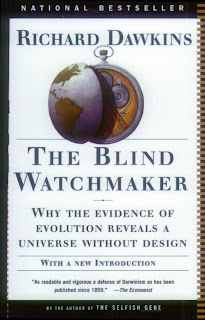 I am leaving out the details of the books. Most books have interesting examples and case studies, not included here. Reading the original book would be much more entertaining and enlightening. If you like the summary, you may want to get the original from the source below.
Posted by Teerawat Issariyakul at 3:23 PM